October 2, 2017, Westwood, MA – Coretelligent, a leading provider of comprehensive managed IT and private cloud services, today announced that CRN®, a brand of The Channel Company, has honored Coretelligent with its esteemed 2017 Triple Crown Award. Forty North American solution providers had the necessary revenue, growth and technical expertise to be recognized on three of CRN’s pre-eminent solution provider lists, earning them the Triple Crown Award this year.

“This year’s CRN Triple Crown Award winners boast multiple, advanced technical certifications from leading vendors, rank among the top-earning IT solution providers in North America, and are some of the fastest-growing organizations in the channel today,” said Robert Faletra, CEO of The Channel Company. “These over-achieving businesses have set the standard for success in the strategic service provider era and are leading the channel into an exciting new future.”

CRN assembles lists and rankings each year to recognize solution providers who are setting the bar in the IT industry, including the Solution Provider 500, which lists the largest solution providers in North America by revenue; the Fast Growth 150, which ranks the fastest-growing solution providers; and the Tech Elite 250, which recognizes solution providers that have received the highest-level certifications from leading vendors. It is a considerable achievement for a solution provider to make any one of these lists; to make it onto all three, however—as this year’s Triple Crown Award winners have done—is a big achievement. A company must simultaneously have enough revenue to be ranked on the Solution Provider 500 list, record double- or triple-digit growth for recognition on the Fast Growth 150, and invest heavily in top certifications to attain Tech Elite 250 status.

The 2017 Triple Crown Award winners will be featured in the October issue of CRN and can be viewed online at www.crn.com/triplecrown.

About Coretelligent
Coretelligent is a leading provider of comprehensive managed IT and private cloud services, enabling organizations to seamlessly power and successfully grow their businesses. Founded in 2006 and led by world-class experts, Coretelligent’s key services – 360 Support, CoreCloud, CoreBDR, CoreArmor and managed IT – are relied on by top-tier organizations in the communications, education, financial services, life sciences, retail and technology industries among others. Coretelligent and its team are recognized as leaders by the Boston Business Journal, CRN, Inc., MSPmentor and the U.S. Chamber of Commerce. It is headquartered in Westwood, Mass., with offices in New York City, Philadelphia and the San Francisco Bay area. For more information, please visit www.coretelligent.com or follow Coretelligent on Twitter @Coretelligent.

The Importance of Data Loss Prevention

IT Security and Compliance. What’s the Difference? 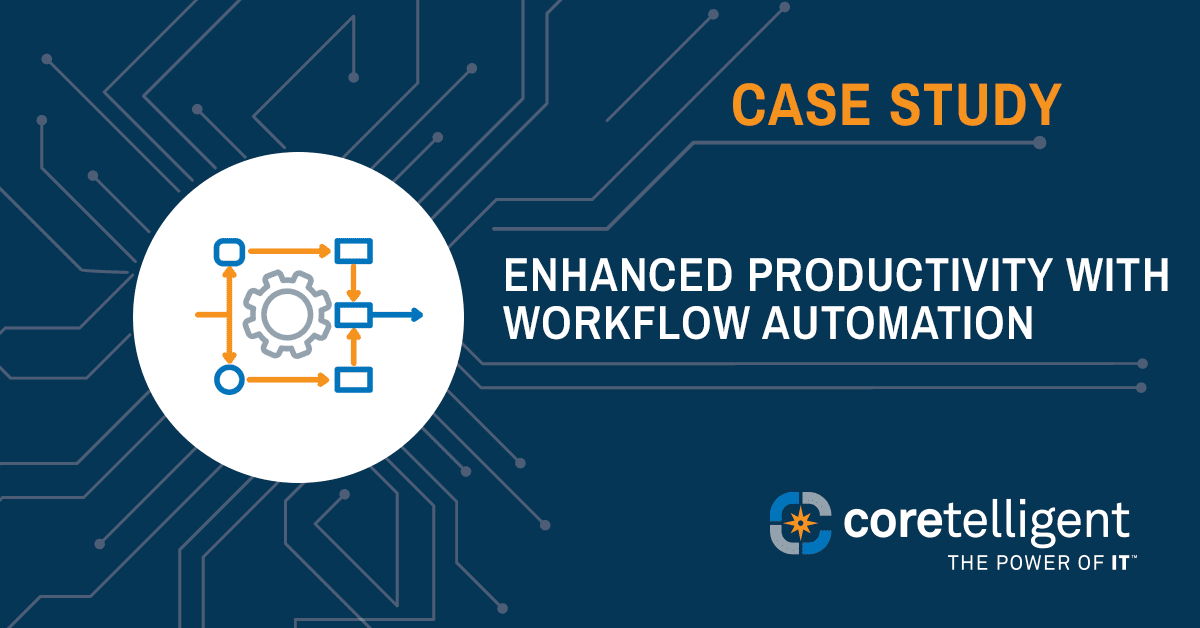 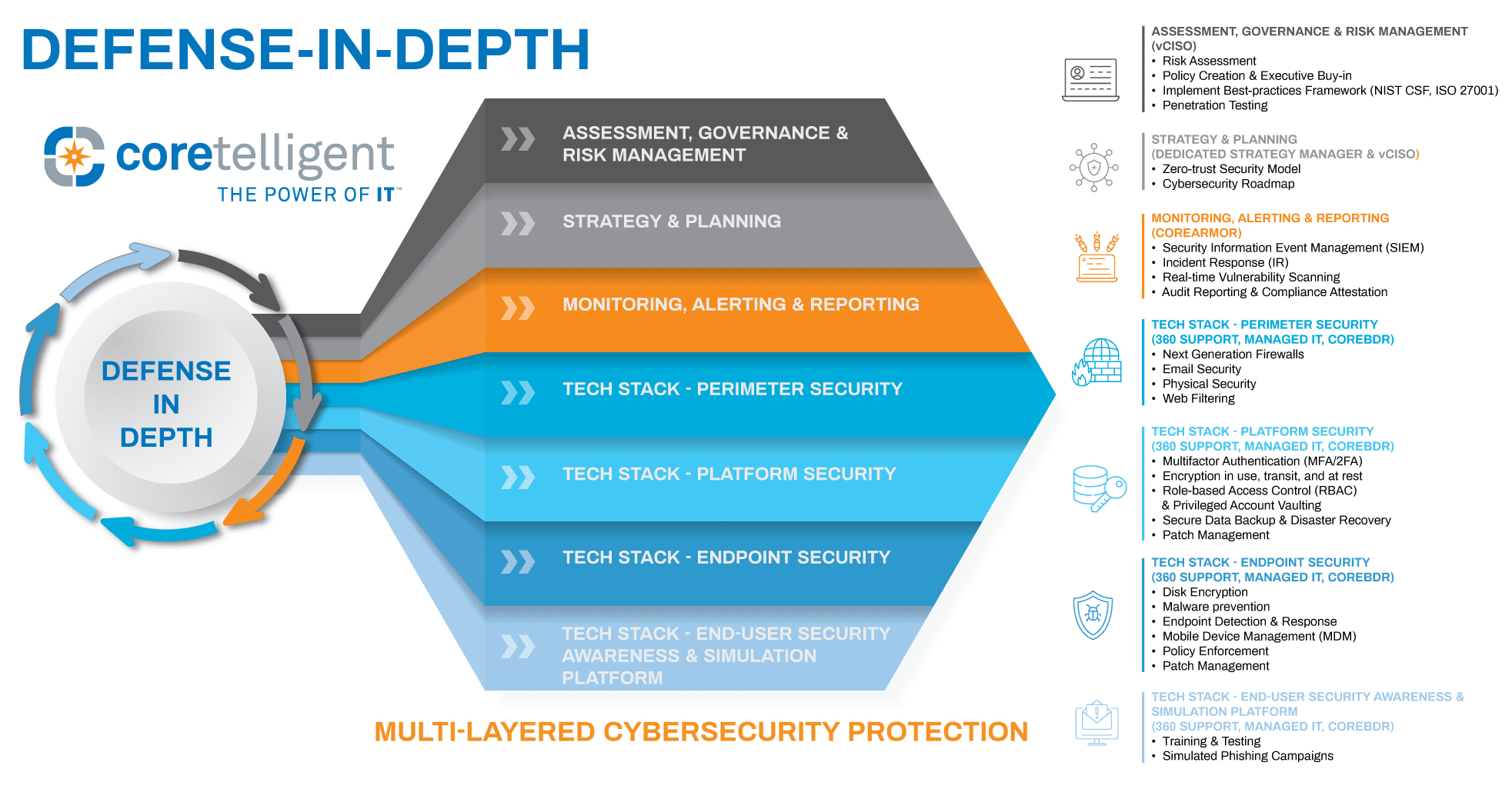 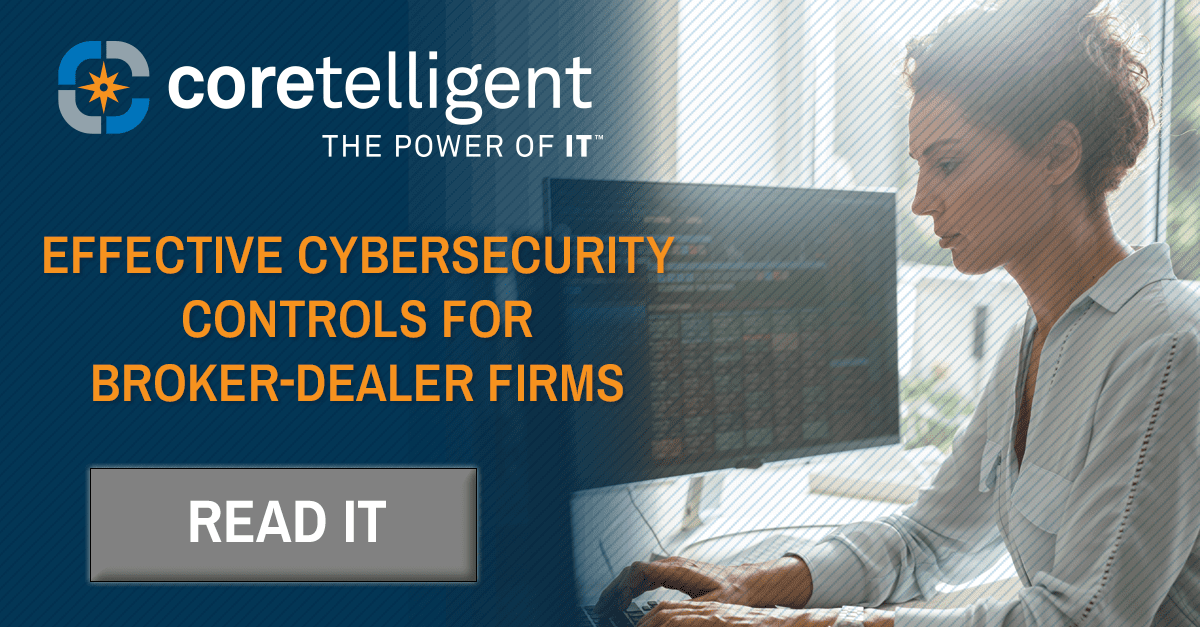